Award winning Gospel artiste Psalm Ebube is out again with a new album. This 13 track album is the 3rd album of the iconic singer who is well known for his evergreen praise songs such as“Kabio’osi”, “ Ebube”, and his recent song, “Thankful (Imore)”. The album has being a work in progress for over a year now and in addition to “Thankful”, which is one of the best appreciated Nigerian Gospel song in recent times, Psalm Ebube have singles like “Overload”, “80 Years”, and the visuals for “Thankful (Imore)”; all enjoying massive airplays across the nation and beyond. Talking about the album Psalm Ebube says: “Creating opportunities that bring us closer to God and bring God closer to his people is my highest calling.

My aim is to facilitate/lead/curate wholesome acts of worship that encourage people in their relationship with God, within the love and presence of God. “A Call To Worship”  invites us into the presence of the King of the Universe before whom all creation will bow and for whom all heaven now sings.”

“I am always overwhelmed when I hear so many people around the world tell me that I inspire them in so many ways. I am always thankful that God has given me the opportunity to reach millions of people with my music.

So I bring good news with my music and influence my listeners positively, I always pray that everyone who comes in contact with this album, ” A Call To Worship” would be influenced enough to come out of brokenness, depression, sorrow, mourning, troubled minds, shame, low self-esteem and all other negative emotions and dire situations. I believe that by the power of anointing,  people would understand the love that God has for them and accept it, knowing that Jesus is the reason for every season. “A Call To Worship”, highly-anticipated new album from Psalm Ebube, is out in all leading digital stores 26th  August. 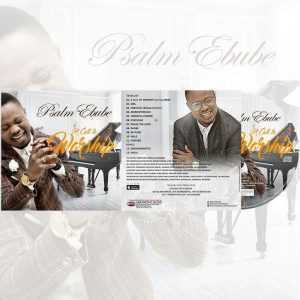 Pre-order full album  on iTunes and get the new singles “Overload”, “Odironye Dikagi” and Kabio’osi deluxe edition. Brought to yo u by Africori. Album will be available nationwide on 1st September brought to you by UBA Pacific Music Alaba Lagos.

Click Here To Pre-order  For “A Call to Worship”

The Walls Group New Album, The Other Side Now Available for...