Eloquenzee is a renowned hip-hop gospel rap artiste whose music has come to stay in the heart of music lovers not only in Nigeria but round the globe. He’s an eloquent rapper and prolific song writer who was born & raised in the city of Lagos. A graduate of University of Lagos with Bachelor of science degree in Finance.

Eloquenzee’s style of Rap (Yoruba, Pidgin English and English Language) music is hypnotizing & it blends into the Nigeria style of music. He had been opportuned in the past to minister on the same stage with notable artiste like Lanre Teriba, Dare Melody, Tope Alabi, Evangelist Esther Iwalesin, Shola Alison, Yemi Sax, Taiwo & Kehinde Adegbodu etc. 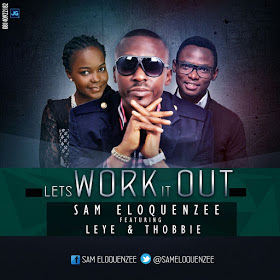 He’s presently preparing to release his 1st Gospel Album by the end of the year and it promises to be a superb hit featuring notable artiste and state of the art producers in the music industry.

In commemorating the anniversary of Nigeria’s 55th independence day on 1st of October, 2015 – Eloquenzee Music Entertainment drops an inspiring superb new hit single for Nigerians and the world at large.

A song that identifies all the problems the nation had been going through and the only way out.

It’s a song you can’t afford to miss or be told. Be blessed and get highly inspired with this motivational spirit filled single.

Singer/Humanitarian, Nikki Laoye Sends Out A Clarion Call To Nigerians – “We Are Our Brother’s Keeper” || @nikkilaoye