Its another time of upgrade for gospel music lovers in Nigeria and Beyond as Gospel Music Sensation P.U drops his much anticipated new album “My Everything” scheduled to be released on 30th of October 2015 .
P.U is well known for his Simple but Catchy melodies seasoned with highly spirited lyrics . His music also carries inspirational and motivational messages that appeals to people of all ages both the old and young .

P.U has been working tirelessly with some of Nigeria’s best gospel music Producers Like the hit maker Kelly Lyon who is behind several hit songs by gospel music songstress Ada  and also A4 who produced several hit songs for worship leaderSinach
The album contains hit songs done at the IMC in 2014 and 2015 like Blessed hands featuring Ada & Jesus the lambfeaturing Sophiya, it also contains Remix of all time hit song Greater heights done with his daughter Jada. Other trending songs like Most high and Beautiful day are included in the album.
Most of the songs listed above have been released online and fans from all over the world have shared their personal testimonies of how God blessed with these songs. It makes one wonder what the world would experience after listening to the whole body work of the highly anticipated album “My Everything” 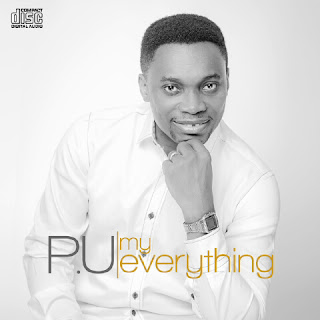 Below is the Track list of the much anticipated album
P.U – MY EVERYTHING

* JESUS YOU ARE
-Prod by A4 and Treash

*BEAUTIFUL DAY
-Prod by A4

*MY EVERYTHING
-Prod by Terry & Treash

*SEED OF ABRAHAM
-Prod by A4

“This is a 14 track album that stems from a personal experience with Jesus Christ , His Love, Grace and Kindness . He’s indeed everything to me” – P.U

P.U is a Medical doctor turned music artiste with the Loveworld Music and Arts Ministry of Christ Embassy where he has been ministering with the man of God Rev Chris Oyakhilome PhD for many years. He is also the current host of Loveworld Expressions, a Music TV Program that shows on Loveworld satellites stations all over the world.

Love in the World (Devil herself) is a stain that can be wipe away 2ru the Word of God! Locate a Kingdom program now and be taught d full Gospel! and Repent of All your Sinful and Old ways of Live!!!

Dear Fan/Supporter, Frank Edwards Said A Prayer for YOU! | From Israel, Jerusalem || @FRANKRICHBOY