By Noble J. Ozogbuda Published 6 years ago
0 239
Share
YOFFICIAL VIDEO: Kenny Saint Brown – Ire Feat. Monique || @kennysaintbest
The award winning urban contemporary gospel songstress is back blending in Glory, honor and Fabulousity‎ into the redeeming good news of her new video – “Ire” featuring Monique.
With over 18 years journey as a consistent, persistent and innovative Gospel Artiste, she teamed up with two blood brothers (VTEK & Mike The Myth) for the song production and video direction of “IRE”‎ respectively.
Kenny Saint Best aka KENNY Saint Brown breaks her long silence with this smashing video after her sourjorn into Politics where she was very visible campaigning for PMB and Gov. Ambode, and her attempt to be a lawmaker in Lagos State.
OJB Jezreel, Mike Abdul, Monique, JOEL, Essence, K-Peace and KSB’s actress daughter EDWYNA and many more star in this alluring, endearing and classy video. KSB styled herself with artistic costumes by Neddlekraft couture and ESSOVEN.
Watch Full Video below: 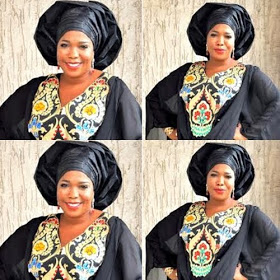 Download Mp4 Music Video ~ Before You By Kolawole Bekes

WATCH VIDEO ~ One Moment by Chychy

Download Mp4 Music Video ~ Before You By Kolawole Bekes