By Noble J. Ozogbuda Published 6 years ago
0 209
Share
“Maker of Miracles” Featured On Self-Titled Debut EP Releasing March 25 From Radiate Music
Evangelical Press Association Conference 2016 Features Austin & Lindsey Adamec April 6 adamec-and-ademac-head
NEWS SOURCE: Hoganson Media
New Radiate Music husband / wife duo, Austin & Lindsey Adamec, will premiere their self-titled debut EP March 25 with The Fuel Music distribution. Featuring the single “Walk on Waves” that is going for radio adds today (March 7), along with anthems “It Is Finished” and “Infinite Grace” that are set to inspire listeners to worship during Easter and beyond, the new recording also features “Maker of Miracles.” The song became the prelude to a miracle for the Adamecs family.
“Maker of Miracles” was initially born from a place of hope with the prayer, “God, I want you to be this maker of miracles in my life.” Co-written with the couple’s producer, Ian Eskelin, and Krissy Nordhoff just four months before the release of the album, the couple later found out that Lindsey’s aunt had been diagnosed with breast cancer. Then, three days after Thanksgiving (2015), Lindsey’s dad explained that doctors had discovered a spot on his left lung that resembled a large marble-sized tumor. Suddenly, the Adamecs had to believe the words they had written in a new way. 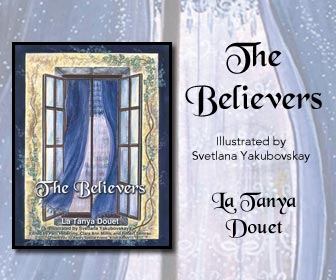 Clinging to the promises God had provided through the words of their own song, and as they prayed for Lindsey’s father, they learned to trust Psalm 77:14, a verse that had inspired “Maker of Miracles.” Remarkably, news came that there was no longer a tumor. Where something once was, only scar tissue remained in the scans. “Maker of Miracles” transformed from a song of hope to a song of triumph. While celebrating this news, the Adamecs are still praying for Lindsey’s aunt with the very confidence described in the song.
Like “Maker of Miracles,” all the songs featured on Austin & Lindsey Adamec (available to pre-order now on iTunes) are worship anthems telling the story of personal and spiritual victory, celebrating the presence of God. Meticulously crafting every aspect of this EP, from lyrics to artwork to instrumentation and musicianship, the duo and their new recording already caught the attention of the Evangelical Press Association, which has invited the Adamecs to share the new music live during their annual conference.

Accepting the invitation, the couple will be featured April 6 during the Evangelical Press Association Conference 2016 to be held in Lancaster, PA. More than 200 Christian media associates are anticipated to attend this annual event which brings together leaders in the industry for a time of training, networking and encouragement.
Worship leader, multi-instrumentalist and singer/songwriter Austin Adamec and acclaimed vocalist, songwriter and former 1 Girl Nation member Lindsey Adamec have discovered they are better together, in life and in music. See the video introduction of this new duo below:
“We’re just worship leaders from Jacksonville, Florida, who love to sing together, who are married, and who enjoy proclaiming all God is doing in our lives,” says Lindsey. “If we’re going to write about His presence, we have to go there. You can’t take people where you haven’t been.”
For more information on Austin and Lindsey Adamec and the new EP, go to www.austinandlindseyadamec.com.
About The Fuel Music:
Established in 2008, The Fuel Music & Management, LLC, is one of the leading independent distributors of music though all physical and digital channels internationally and enjoys a growing base in artist merchandise sales. Based in Tennessee, the Fuel team brings nearly 70 years of combined music industry experience in record label operations, major label distribution and marketing, and artist management for artists ranging from upstart bands to GRAMMY Award nominated, multi-platinum artists. More information on the company can be found at www.thefuelmusic.com
About Radiate Music:
Founded by Grammy-nominated, two-time Dove Award-winning Producer of the Year, Ian Eskelin, Radiate Music launched summer 2015. Eskelin’s 20-plus-year resume in the music business, ranging from being a recording artist to a record executive, gives him a unique perspective in partnering with artists who are passionate about impacting culture with music. Eskelin, who has recorded more than 50 Top 10 singles in the United States alone, including 18 No. 1 songs, and whose songs have been licensed for use by ABC, NBC, CBS, Spike TV, Style Network, Soul Surfer and many other movies, is looking to break additional ground with Radiate. Radiate’s artist roster includes The Neverclaim, About A Mile, Pearl City Worship and Austin & Lindsey Adamec.
0 209
Share FacebookWhatsAppPinterestLinkedinFacebook MessengerTwitterReddItTumblrTelegramEmailStumbleUponVKDiggLINEViberPrintOK.ru

Michael W. Smith Interview With Mark Rice about His Hymn II Album and Work On “The Passion”