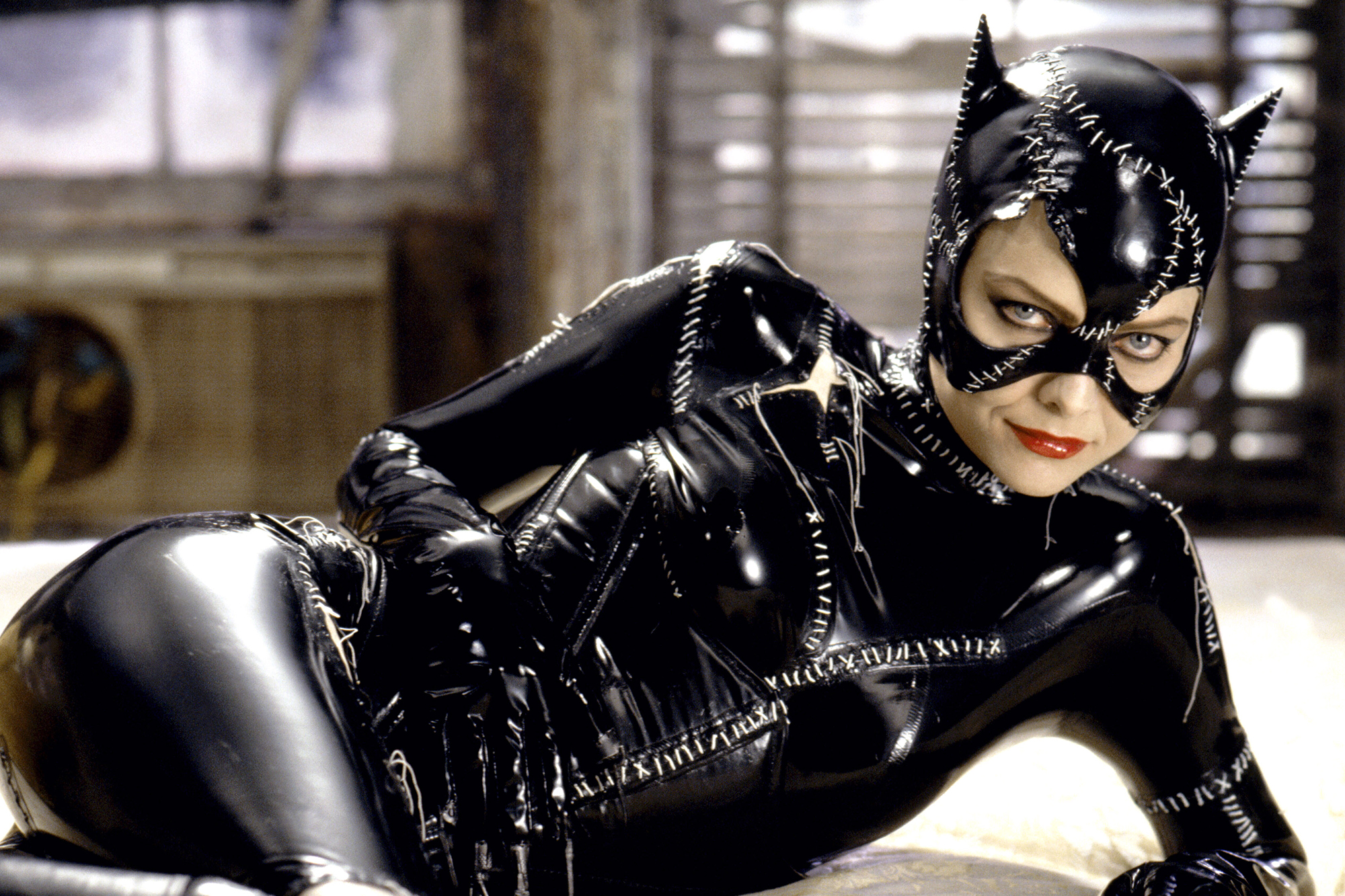 This sexy kitty looks like she could give Indiana Jones whiplash.

A clip of Michelle Pfeiffer in 1992’s “Batman Returns” is making its rounds on Twitter, with fans marveling over the DC Comic villainess’ prowess — namely her skills with a whip.

The clip, shared by Netflix social media manager Jarett Wieselman, shows Pfeiffer as Selina Kyle/Catwoman expertly knocking the heads off mannequins while filming a scene for the Tim Burton movie — which she famously did in one take.

“Reminder: Michelle Pfeiffer whipped the heads off those four mannequins IN ONE TAKE to thunderous applause from the Batman Returns crew,” he wrote along with the video, which has amassed nearly 1.5 million views in just four hours.

In fact, Pfeiffer famously did all her own stunts, according to The Hollywood Reporter, with the whip for the film, in which she starred alongside Michael Keaton as Bruce Wayne/Batman and Danny DeVito as Oswald Cobblepot/The Penguin.

“She was better than her stunt people,” Burton told Rolling Stone in 1992. “She made the whip beautiful, kind of an art form.”

In that same interview, Pfeiffer, now 62, revealed she did months of training in yoga, gymnastics and kickboxing to prepare for the role and was even trained how to use the whip by Anthony De Longis, who also trained Harrison Ford to play Indiana Jones in that film franchise, according to The Wrap.

She’s still got it, too. The actress even brought out the original movie prop, posting it on Instagram in 2019 — and again in December 2020 during an interview. She also showed off her skills with the whip, writing: “Just like riding a bike.”

While most fans were jolted by her whipping, some fans didn’t seem to believe Pfeiffer actually did the impressive stunt herself and insisted it was just a bit of movie magic. “She’s an absolute badass buuut there’s clearly people behind the mannequins pulling the heads off,” wrote one hater.

The comment caused some to crack the whip. “You could have just said she’s a badass. Did you really need to do the whole mansplaining ‘buuut…’ thing? Women can be applauded for being badasses just for the sake of being badasses,” another Twitter user refuted.

Catwoman, who has also been portrayed by Anne Hathaway and Halle Berry, will make her way to the big screen once again, this time played by Zoë Kravitz opposite Robert Pattinson in Matt Reeves’ “The Batman.”

Anglican Devotional 24 September 2022 – God’s Promises Are Sure, Stable And Concrete

TREM Devotional 24 September 2022 – Your Steps Are Ordered By God

Andrew Wommack Devotional 14 September 2022 – Righteousness Depends On God, Not On Self