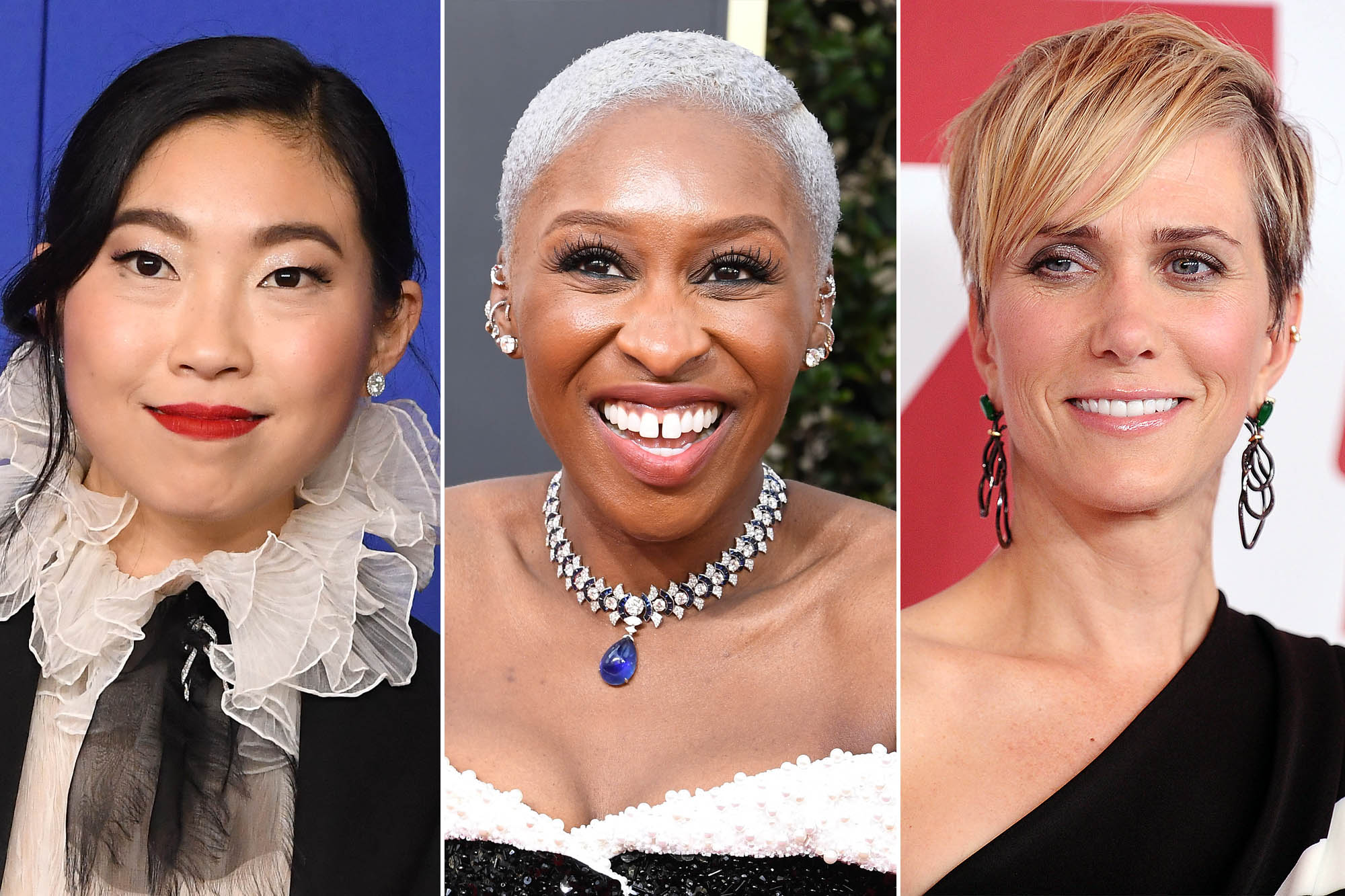 The first batch of presenters for the 2021 Golden Globes is here and it includes some of last year’s winners and fan favorites.

Awkwafina, Cynthia Erivo, Joaquin Phoenix, Renée Zellweger, and “Barb & Star Go to Vista Del Mar” writers and stars Kristen Wiig and Annie Mumolo are some of the names who will pass out awards to the best in movies and TV on Feb. 28, according to the Hollywood Foreign Press Association’s Wednesday announcement.

Phoenix won best actor at the Globes last year for “Joker,” while Zellweger won best actress for “Judy,” both in the drama categories. Awkwafina scored best actress in a comedy for her work in “The Farewell,” marking the first time an Asian-American ever won the award. Erivo was nominated for her portrayal as Harriet Tubman in “Harriet,” while 2011’s “Bridesmaids,” written by Wiig and Mumolo, was nominated for best comedy.

The group will join Amy Poehler and Tina Fey, who — for the first time in Globes history — will carry out their hosting duties from opposite sides of the country. Fey, 50, will be stationed in New York at Rockefeller Center’s Rainbow Room, and Poehler, 49, will be at the usual venue, the Beverly Hilton in Beverly Hills, California.

More presenters will be revealed before the show, which airs Feb. 28 at 8 p.m. Eastern on NBC.

The Globes, which honor the best performances and productions in film and television for the previous year, are usually held on the first Sunday of the year, but the Hollywood Foreign Press Association pushed back the 2021 ceremony due to COVID-19. The Oscars, usually held in February, were also delayed this year, to April 25.

While the format for the show — believed to be both in-person and virtual — is still unknown, Poehler told Seth Meyers in January that she was 100% clueless as to how they plan to pull it off.

“We just have a few final questions,” she said. “When, how, why, where and what? Just those, that’s all we need to find out. But we’re going to figure it out.”

“It will be a tonic for all of us to see the two of you,” Meyers said.

Men with these sexy features are the best in bed, survey finds

Open Heaven For Teens 26 November 2022 – Freedom From Depression I