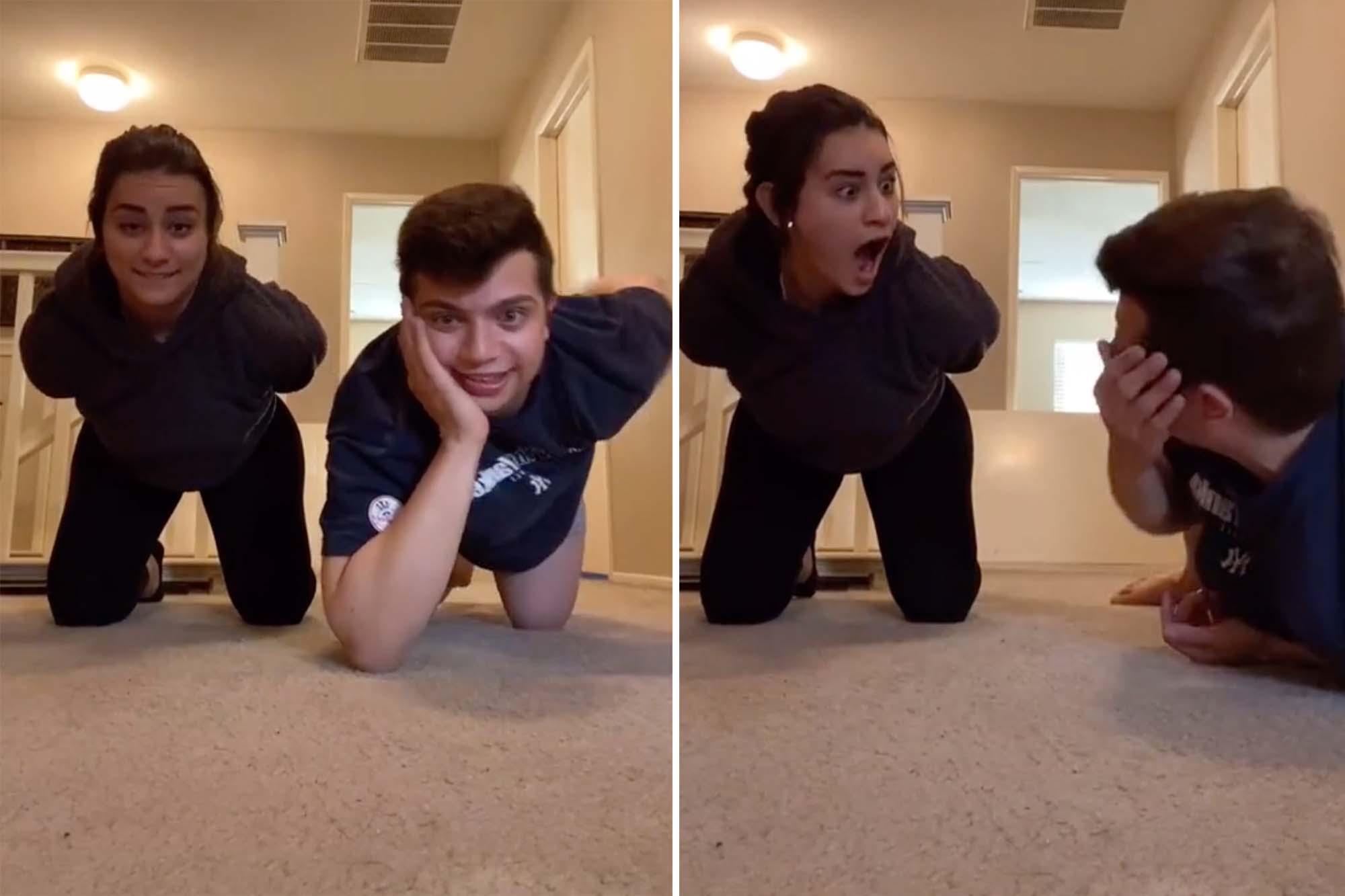 Women are the superior sex — at least when it comes to this TikTok stunt.

A TikTok balance challenge that men reportedly “can’t do” is taking social media by storm — and resulting in some pretty hilarious pratfalls. A video of the off-kilter experiment currently boasts 1.8 million views on the platform.

Also dubbed the “gravity” challenge, the stunt requires participants to kneel on the floor with both elbows on the ground in front of them while cradling their chin in their hands to support the head. They then try to tuck their hands behind their backs, one at a time, while attempting to hold their bodies in the initial position without toppling over.

Despite sounding rather frivolous, this experiment seems like astrophysics compared to some of the dumb and dangerous challenges circulating around TikTok.

In the flagship clip of the feat, entitled “Apparently men have different centers of gravity,” TikTok stars Jason and Rachel and can be seen competing to determine who can achieve the balancing act first.

The battle of the sexes ends abruptly after Rachel assumes the position with yogi-like ease — while her male rival falls on his face.

This outcome wasn’t the outlier, either, as TikTok is teeming with videos depicting smug-looking fellas being literally brought back to earth by the faceplant-inducing exercise.

One unsuccessful participant even captioned his video, “why MEN can’t do this??”

Needless to say, amateur TikTok physicists had their own theories.

Another theorized, “It’s more to do with height than gender I think.”

Others thought that Rachel was cheating by leaning back.

However, experts believe that the female success rate on challenges like these has to do with a discrepancy in mass distribution.