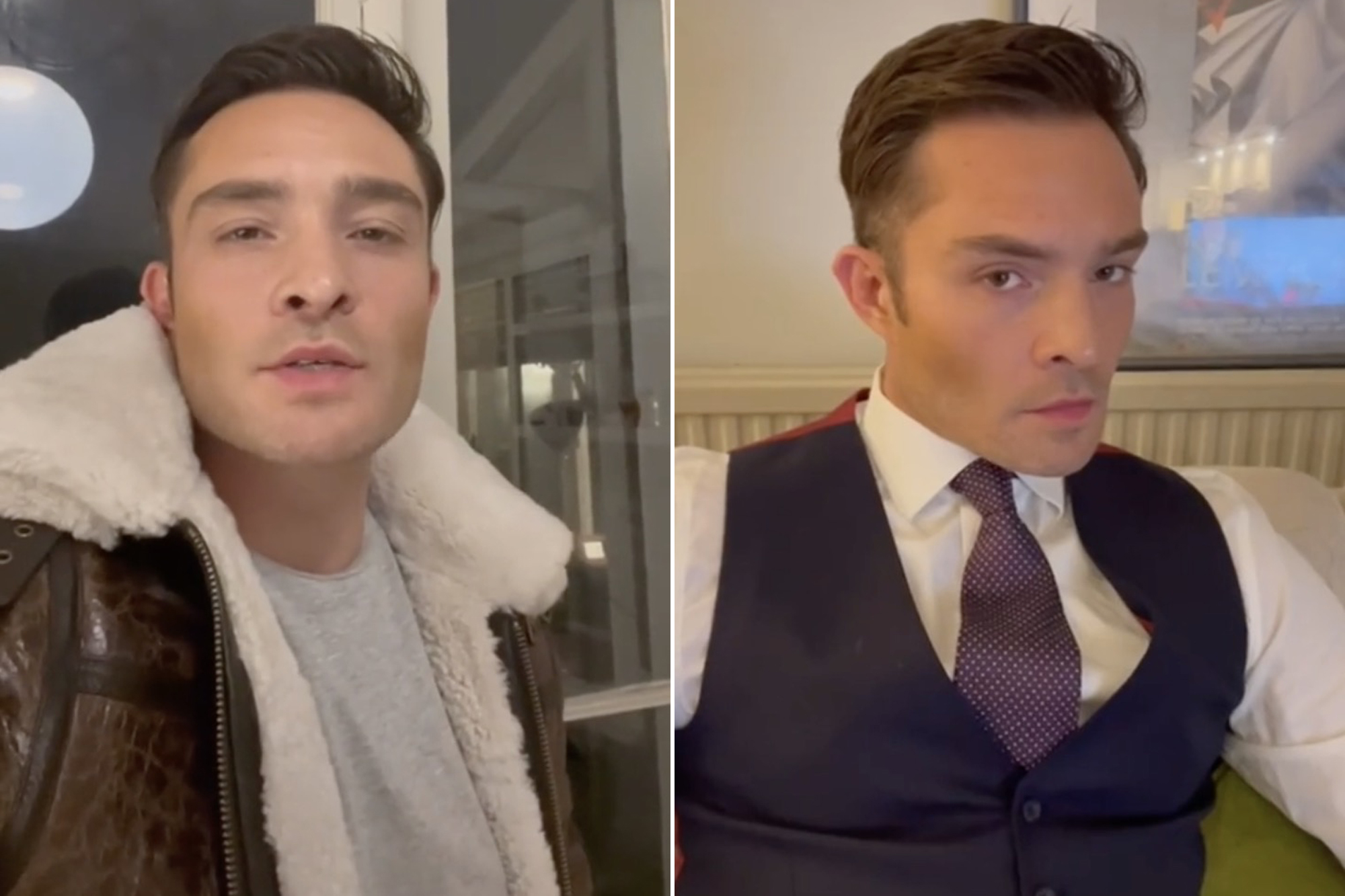 The rumors are true: Chuck Bass is back.

… For the viral moment, at least. On Monday, actor Ed Westwick teased his nearly 1 million followers with a brief return to his bad-boy persona as Chuck Bass, rich prick of early ’00s show “Gossip Girl.”

Briefly, the clip cuts to the “White Gold” star wearing a signature three-piece suit in navy with his hair slicked back a la snobby stud Chuck Bass.

“I’m challenging you to stitch this video, use the hashtag #StitchEd so I can see your submissions and I’ll be reacting to some of my favourites,” Westwick added in the caption on TikTok.

It’s been more than eight years since the hit teen drama, about a group of friends at an elite Manhattan prep school, aired its final episode — but fans won’t be forced to wait much longer as HBO Max puts the finishing touches on a “Gossip Girl” reboot, with an all-new cast, to eventually air on their streaming app.

Westwick’s ploy riffs on a current social-media trend that challenges users to demonstrate their expertise on various subjects, without explicitly claiming their authority. For example, when prompted by the governor’s office, a top response by one New Yorker claimed they were “standing on line” — a distinctly New York phrase. (Plus, New Yorkers do a lot of waiting.)

Bachelor Nation calling for Katie Thurston to be the next ‘Bachelorette’