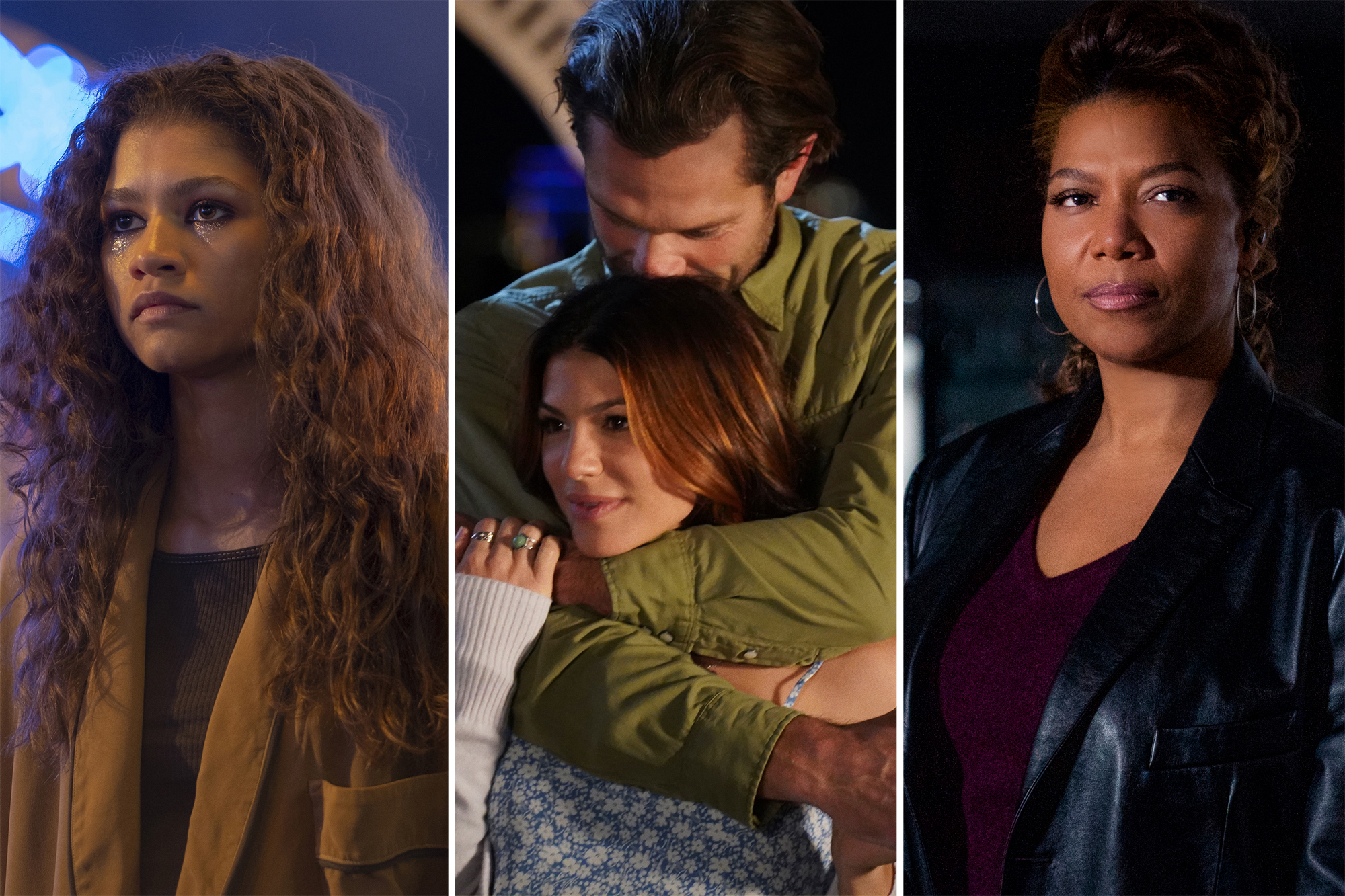 It’s going to be a harsh pandemic winter, but at least there’s plenty of new TV to keep you entertained. Returning fan favorites and brand-new offerings showcase everything from goofy comedy to twisty thrillers. So put on your snuggliest pajamas, grab the clicker and check out The Post’s essential guide to the season’s hottest shows.

A new leading lady is taking up the mantle after Ruby Rose’s shocking departure at the end of Season 1 of the superhero drama. This go-round follows Javicia Leslie as Ryan Wilder, who will replace Kate Kane (Rose) as Batwoman.

Anna Paquin stars in this dramedy as Robyn, an American public relations exec living in London. She’s a wiz at getting clients out of messes — meanwhile, her own personal life is in shambles. The show already came out in the UK but hits the US for the first time this winter.

This British mystery-thriller from the creator of “Luther” follows Nathan (Russell Tovey), a seemingly unassuming married man who gets an unwelcome visit from Bob (Bertie Carvel), an old friend with a dark past.

Teen drama “Euphoria” has a second special episode to enjoy while awaiting Season 2, which doesn’t have a premiere date yet. While the melancholic first special episode followed Rue (Zendaya) as she struggled with sobriety in the wake of her split with girlfriend Jules (Hunter Schafer), the second episode will follow Jules over her Christmas holiday. Schafer also co-wrote it.

This new Syfy fish-out-of-water comedy follows Harry (Alan Tudyk), an extraterrestrial posing as a small-town doctor after crash-landing on Earth. As he struggles to acclimate to human culture, he becomes swept up in a murder investigation.

Based on a novel by Kristin Hannah, this new drama follows childhood friends Tully (Katherine Heigl) and Kate (Sarah Chalke, “Scrubs”) through the ups and downs in their lives, from 1974 to the present.

First Apple TV+ put “A Charlie Brown Christmas” and “Thanksgiving” behind a paywall in a controversial move. Now, Snoopy, Charlie Brown, Lucy and the gang will get all-new episodes in this series.

‘The Equalizer,’ CBS, Feb. 7, airing after the Super Bowl

The latest reboot of the classic action franchise that began in the 1980s will have the first female “equalizer.” The show stars Queen Latifah as Robyn McCall, a single mom with a mysterious past who uses her skill set to defend people who can’t defend themselves and have nowhere else to go for help.

Yes, that’s Clarice as in Hannibal Lecter’s pal, made famous by Jodie Foster. In this new “Silence of the Lambs” spinoff show, Rebecca Breeds stars as FBI Agent Clarice Starling, who’s returning to the field in 1993 following the harrowing events of “Lambs.”

“Outlander” stars Sam Heughan and Graham McTavish hit the road and travel around their native Scotland in this unscripted comedy travel series. Whether or not you’re a fan of “Outlander,” it looks like an entertaining — and scenic — adventure.

The latest rendition of Superman will be played by “Teen Wolf” star Tyler Hoechlin. When the show begins, he’ll already be married to Lois Lane (Elizabeth Tulloch), and they both struggle as working parents in modern society.

‘The Falcon and the Winter Soldier,’ Disney+, March 19

This hotly anticipated next installment in the Marvel Cinematic Universe is set after the events of “Avengers: Endgame,” which passed on the mantle of Captain America to Sam Wilson (Anthony Mackie), aka Falcon. The show follows Sam as he teams up with Bucky Barnes, aka the Winter Soldier (Sebastian Stan), for adventures and battles against anarchist group the Flag Smashers.

Mysteries of how ‘WandaVision’s plot folds into the Marvel Universe

Dr Myles Munroe ~ How to Face the Future with Fearless Confidence (Part 4) ::: Free…

Bro Gbile Akanni ~ The Anchor for Your Marriage ::: Sermon Download

Dr Myles Munroe ~ How to Face the Future with Fearless…

Bro Gbile Akanni ~ The Anchor for Your Marriage ::: Sermon…