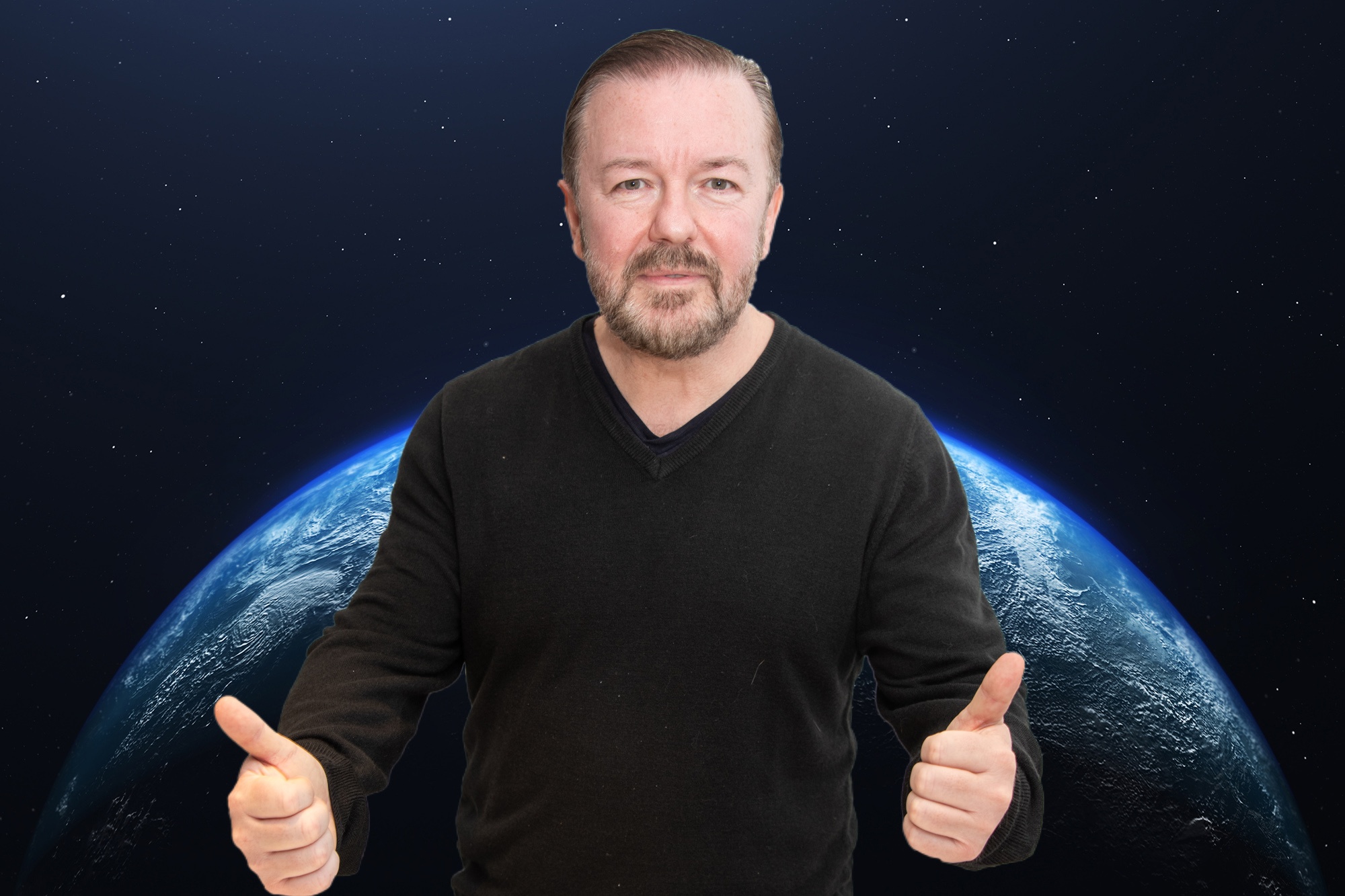 He might’ve conquered the Golden Globes — but he’s not ready to leave Earth.

British comedian Ricky Gervais revealed that he turned down the chance to be the first stand-up comic in space, claiming it was “too risky.” “The Office” creator dropped the bombshell during a recent appearance on “The Tonight Show with Jimmy Fallon.”

“I was offered one of these things where you go up into space for 15 minutes,” said Gervais, 59, of the intergalactic gig. “And it was like a group of billionaires and they offered me the chance to be the first comedian to do a stand-up show in space.”

Turning down the first-ever interstellar comedy set might seem like a massive missed opportunity. However The “After Life” and “Extras” creator explained that people would likely rather see the view from space than watch him perform stand-up.

“Also these people have paid $300,000 to go into space and have a look around,” the Emmy winner told Fallon. “And then they go there and it’s Ricky Gervais doing 10 minutes. They can watch me on YouTube.”

Not only that, but Gervais believes that space is not all it’s “cracked” up to be, claiming:

“We are in space now — right in the middle. There is nothing you can see up there that you cannot see from here. It is like me getting out of my chair and walking over there and saying I can see the chair from there — but you were in the chair.”

Despite passing over a potential giant leap for comickind, the funnyman is no scaredy cat. During a an appearance on “Conan,” the animal rights activist claimed his dying wish was to be fed to lions — as apparent reparations for the atrocities humans have inflicted on the animal kingdom.

“I’d like the look on the tourists’ faces when they throw this dead, fat, naked, 73-year-old, maybe, if I’m lucky, to the lions,” Gervais told the TV host, “and as it lands some people go, ‘is that the bloke from ‘The Office?’ They go, ‘what, Steve Carell?’ ‘No not f–king Steve Carell. He’s much fatter than Steve Carell.’”

Unfortunately, the London Zoo denied the comic’s gladiator-esque request in a statement, quipping that “Ricky may be a bit gristly” for their animals.