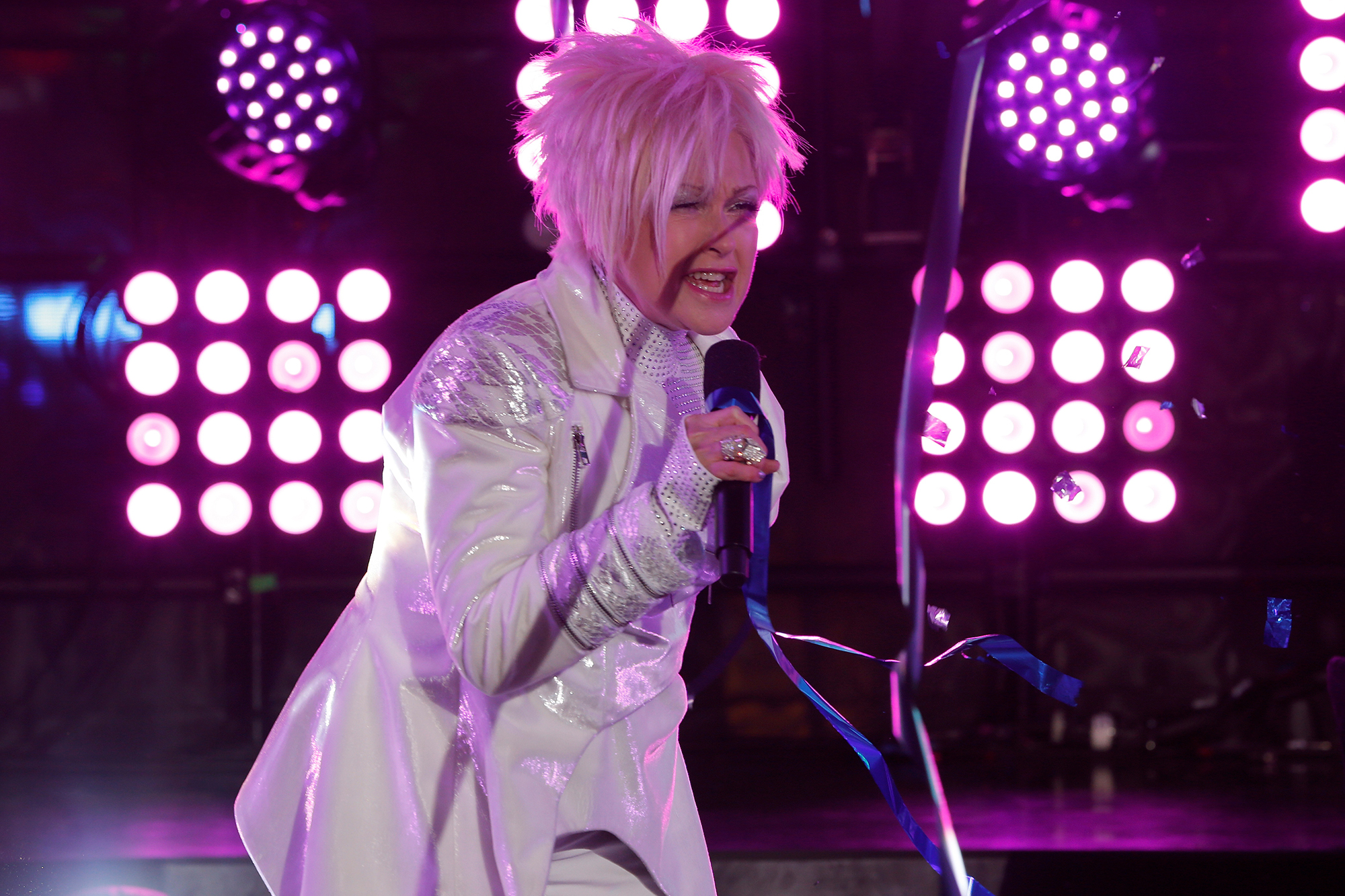 Cyndi Lauper said goodbye to 2020 in the most appropriate way: By giving a shocking, out-there performance on live TV.

After being joined by Seacrest, Billy Porter and Lucy Hale for “True Colors,” Lauper’s glam team attempted to give her touch-ups, leading the singer to scream, “I’m on camera! I’m on camera!”

The chaotic performance called to mind fellow diva Mariah Carey’s disastrous 2016 New Year’s Eve showing, during which she was unable to hear her own song track, ultimately giving up and standing on the stage with her mouth closed and a hand on her hip.

“Well, happy New Year. We can’t hear, but I’ll just go through the motions,” she huffed, later adding, “I’m trying to be a good sport here.”

Lauper debuted “Hope” during the initial coronavirus lockdown in March. But even that apparently wasn’t enough time to get the notes right. On stage, she jumped around while attempting to sing in tune.

Twitter was quick to call out the less-than-ideal performance, with many calling out the awkward stylist moment.

“Cyndi Lauper’s performance was the final punishment for 2020,” wrote @Daviesallison1A.

“If you thought 2020 couldnt get worse youre not watching this Cyndi Lauper performance #bigyikes,” posted @Scudpat.

“Cyndi Lauper and billy porter just sounded like two 8 year olds putting on a ‘show’ for the adults with the intention of asking for a sleepover after,” said @alysha_share.