Monarch butterfly may be added to endangered species list 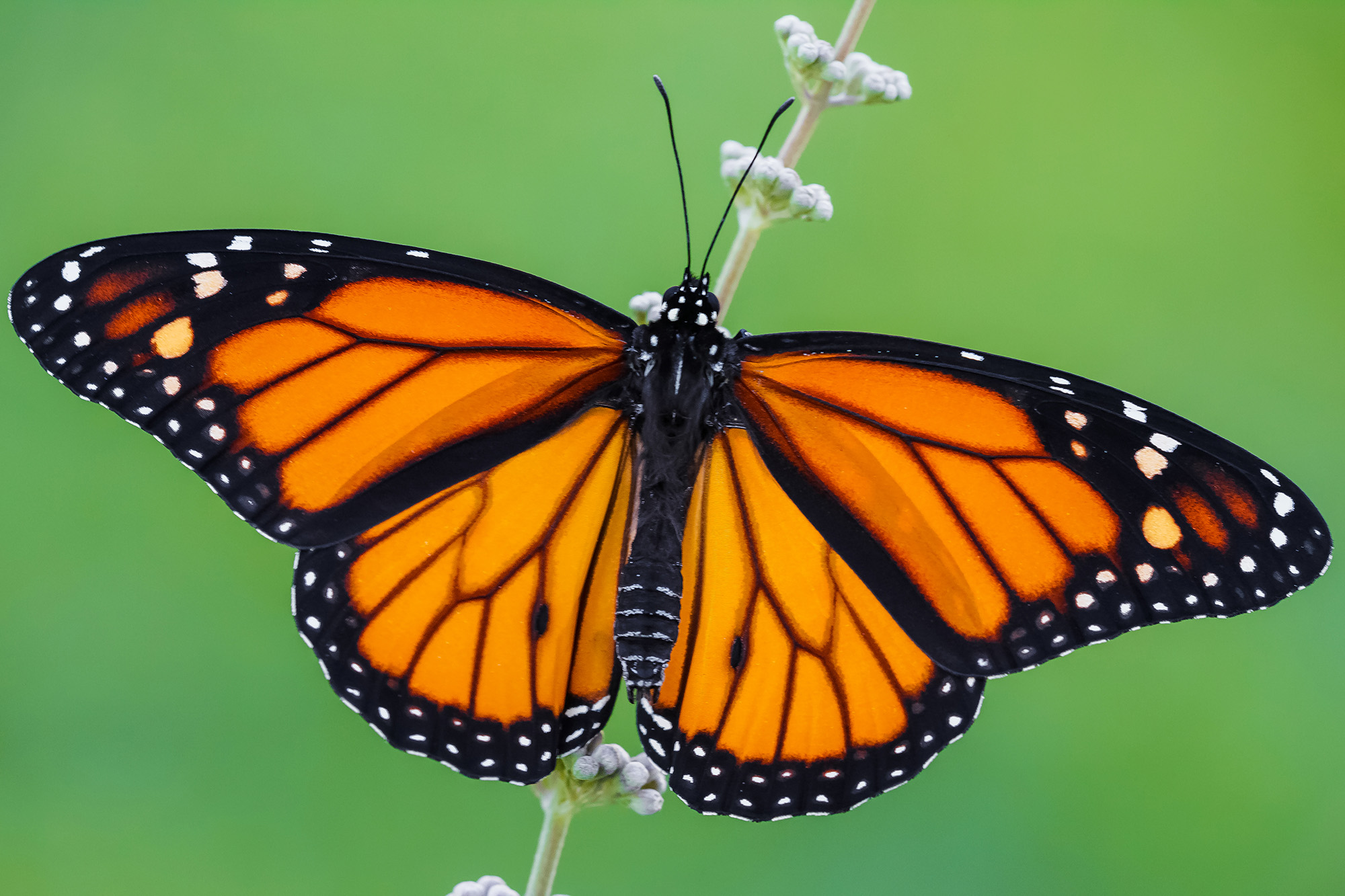 The beloved monarch butterfly is being considered — again — for federal designation as an endangered species.

Environmentalists are urging the Trump administration to grant the orange-and-black butterflies protection under the Endangered Species Act in light of a rapid decline in their numbers. Conservation group Xerces Society has estimated that only about 2,000 monarchs have made their annual trip to California’s coastal groves this winter, AP reported. All told, they expect to see more than 10,000. Last year, California officials counted approximately 30,000 — still a far cry from the millions that fluttered through during the 1980s.

“We may be witnessing the collapse of the of the monarch population in the West,” said Sarina Jepsen, director of Xerces’ endangered species program.

Conservationists say climate change, massive habitat loss — namely a two-decade decrease equal to an area the size of Texas — and the use of herbicides, particularly the controversial glyphosate, have contributed to the loss of monarchs. Their population decreased by 84% between 1997 and 2015, according to a 2016 US Geological Survey and Scripps Institution of Oceanography study.

“Monarch populations may be suffering from death by a thousand cuts,” said Xerces’ executive director Scott Black in the alarming announcement on the society’s website. “Destruction, degradation and neglect of overwintering sites, climate change and overuse of insecticides are likely contributing factors.”

Last year, environmental groups sued the White House over President Trump’s plan to roll back protections on “threatened” species — a category that’s less severe than “endangered,” which is for nearly extinct species — that are listed in the Endangered Species Act of 1973.

Currently, monarch butterflies are federally listed as threatened. Conservationists first petitioned the US Fish & Wildlife Service for their upgrade to endangered status in 2014, with a court-ordered deadline to respond approaching this week.

The re-designation “would guarantee that the monarch would get a comprehensive recovery plan and ongoing funding,” Tierra Curry, a senior scientist at the Center for Biological Diversity, told the AP. “The monarch is so threatened that this is the only prudent thing to do.”

Why is ‘The Bachelorette’ on Monday and Tuesday this week?

Seeds Of Destiny 28 November 2022: The Power Of Positive Thought

Open Heaven For Teens 28 November 2022 – God Thinks About You

Rhapsody Of Realities 28 November 2022: Your “Need” Activates Your Faith

Seeds Of Destiny 28 November 2022: The Power Of Positive…